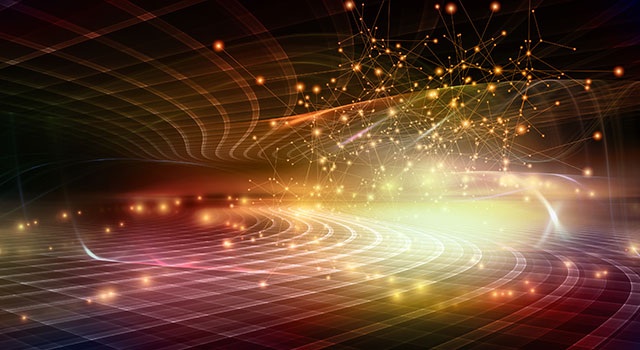 The Cosmic Grid is the energetic grid or building blocks that make up the universe.

Purpose of the Cosmic Grid

The structure that holds together matter and anti-matter, creating a vorciforic grid of energy. It can be likened to the building bricks that are used to build a house or other structures, but unlike stone bricks, the cosmic grid is not fixed, it is constantly moving and changing structure. This allows it to uphold the energetic structure but also allowing for expansion and change at a cosmic and minute level (which are one and the same).

In addition to upholding the structure of the universe, the cosmic grid also acts as a conduit for energy and cosmic intelligence and can be used as a type of universal communications channel, transmitting thoughts and frequencies instantly throughout the universe.

As we are energetic beings of light, we can consciously tune into the cosmic grid to give and receive energy and intelligence. We are doing this anyway to a certain degree at a subconscious level as everything is connected but if a conscious connection is made it is ever more powerful.

How to attune to the Cosmic Grid

Tuning in is as simple as setting the intention to consciously tune into the divine intelligence and energy of the cosmic grid for the greatest good of all concerned. Then sit in meditation and hear, see and feel the cosmic grid inside of you and all around you. See the light synapses of energy being carried along the cosmic grid as instant flashes of light traveling so fast they are almost imperceptible while a the same time brilliant and dynamic. See the vibrating, pulsating energy field at a cosmic level connected to and one with all. Feel this energy inside of you.

After connecting to the cosmic grid, ask for the connection to be reduced to a functional level. If we were to constantly maintain an open connection it would become overwhelming.

If feeling a bit spaced out afterwards, practice grounding to rebalance and realign your energy.

*Note – I see the cosmic grid at a structural level as a honeycomb grid pattern and at an energetic level alike the coloured neural pathways that can be seen in brain imaging.

I hope you enjoyed this post. If you’d like to go deeper into your spiritual practice, so you can manifest the life you desire, my members group the Fiercely Spiritual Family could be the very thing you’re looking for. Find out more here.